This Eastern train station has two tracks on its lower level and one on its upper level. Trains occasionally pass by, temporarily blocking access to parts of the arena. Ortus Station was added to the game in the Eastern Realms update.

In-game description: TRAINS CARRY CARGO WHOSE ENERGY CAN BE HARNESSED TO TEMPORARILY TELEPORT FOR FREE. 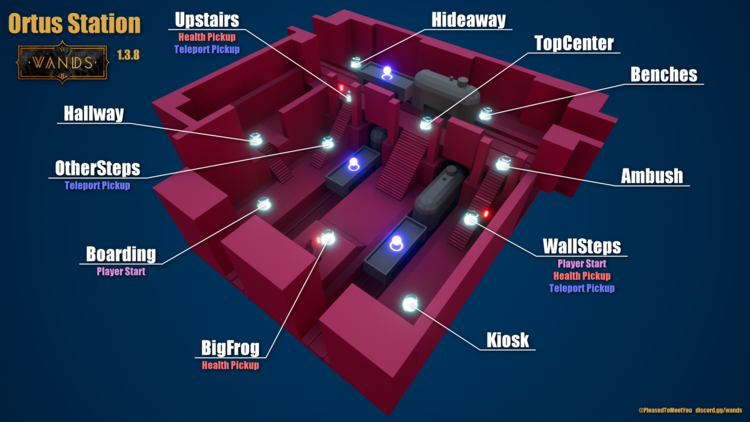